I will be speaking at the upcoming John Berger Now conference in Canterbury on 12 September. The invitation for submission of abstracts was preceded by the following statement.

‘The death of the artist is a dividing line’ wrote John Berger in 1966. ‘Every artist’s work changes when he dies. And finally no one remembers what his work was like when he was alive … [His work] will have become evidence from the past, instead of being … a possible preparation for something to come.’

I will try and do justice to Berger’s legacy by approaching the seminal book Ways of Seeing – a book made by five of us, as the credits page states, and which followed the eponymous television programme in 1972 – from a curatorial perspective. 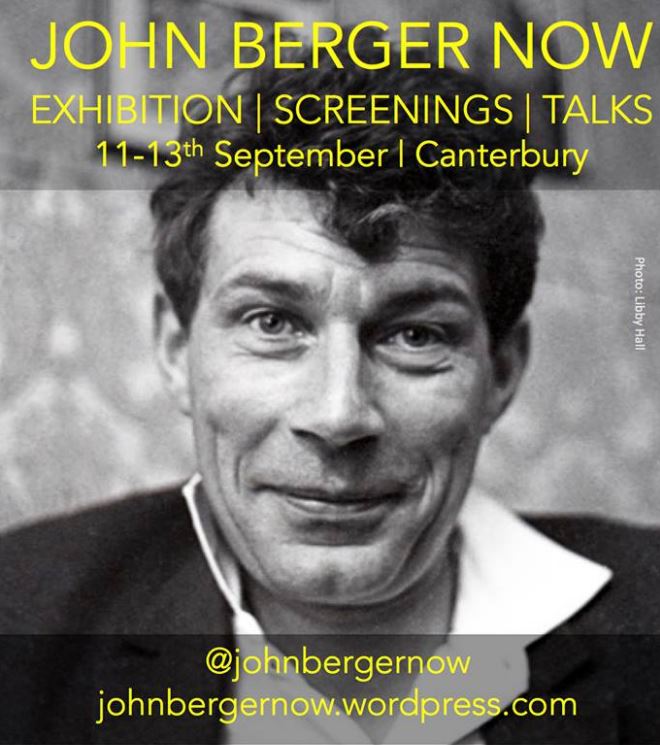 For more information about the conference see the CCCU webpage and the facebook page. There is also a wordpress page for the event.