I first met Steve McQueen in Amsterdam in 1996, when I was still working at De Appel in Amsterdam, and he came over to do a talk there. He ended up moving from London to Amsterdam around the same time as I moved from Amsterdam to London. We stayed in touch though, and when in 1999 he had his first exhibition in a publicly funded space in his old and my new home town, the ICA, he invited me to get involved with the catalogue for the show.

One of the works that generated active debate was the insertion of a brick wall in the long corridor that runs alongside the downstairs exhibition space towards the bar and other spaces, without any label or explanation. I’ve always thought about it as referring to issues of access, or lack thereof, of various kinds that Steve has often talked about and that has recently become and extremely current topic in political terms. In recent years Steve’s intervention, which I am inclined to consider both a work and a curatorial statement, was inverted: the wall separating the exhibition space from the corridor was removed, so we could look into the exhibition space without entering it, opening things up for all to see.

The catalogue for Steve’s show has a shot of his feet, a still from the film Deadpan (1997), on the cover. It contains three essays – Robert Storr’s ‘Going Places’, Michael Newman’s ‘McQueen’s Materialism’, and Okwui Enwezor’s ‘Haptic Visions: The Films of Steve McQueen’ – that had already been commissioned before I became involved. Between them they cover a wide range of aspects related to Steve’s then still relatively small oeuvre, as he was only 30 at the time. Three international art heavyweights talking about an artist who was in the process of becoming a heavyweight himself… The show gave Steve the nomination for the Turner Prize that year, which he went on to win. It is of course only with hindsight that this show and its catalogue, and the many intense conversations we had in the years leading up to it, were clear signs of things to come.

The exhibition was curated by Susan Copping and Katya Garcia-Anton. The catalogue was co-published by the ICA, London, and the Kunsthalle Zurich, and designed by Luc Derycke (with whom I had worked previously on a publication on Gabriel Orozco’s project for Artangel). 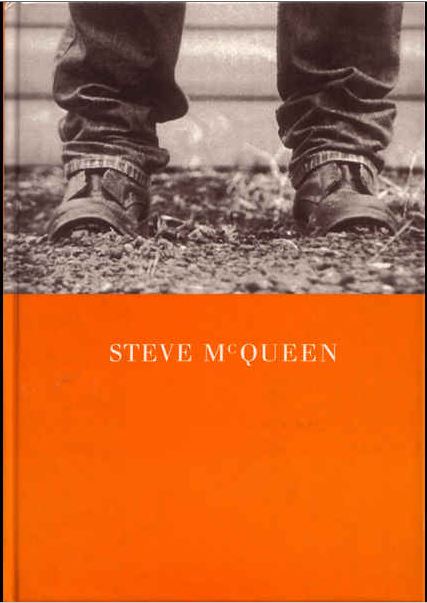