I’ve worked with German curator Jürgen Bock on and off for years. I was introduced to him via Scottish artist Nathan Coley, who had had a show in the space Jürgen curates, alongside being director of the Maumaus art school in Lisbon. In 2007 Jürgen was curator of the Portuguese pavilion in Venice, which showed work by Ângela Ferreira, and he invited me to copy-edit the texts for the catalogue.

Ângela installation Maison Tropicale reflected on colonial history and its contemporary, post- and neo-colonial resonances. The work focused on the legacy of French designer Jean Prouvé, who saw the possibility to further develop modernist ideas and designed a series of aesthetically sophisticated homes that could be mass-produced based on prefabricated aluminium modules. Prouvé’s ideas never took hold in Europe, but the possibility to install a large number of his houses in the African colonies led to the development of his Maison Tropicale. Of the thousands of units originally envisaged, only three prototypes ultimately left Prouvés workshop. In 1949, the first Tropical House was transported by plane to Niger and installed in the capital, Niamey. Two other houses were transported to the Congo and installed in Brazzaville in 1951.

The installation at the Portuguese Pavilion presented the displacement of these houses, transforming them into containers of history, in transit between the worlds of the colonisers and the colonised, the de-colonised and post-modern worlds with their realities of post- and/or neo-colonialism. Ângela Ferreira recreated the places where Prouvés houses were originally installed, highlighting their absence and the traces left behind, evoking the structures themselves through the sculptural objects produced by the artists modular form of architecture resulting from the accumulation of objects in a claustrophobic space and remaining permanently adrift. 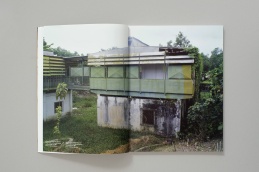 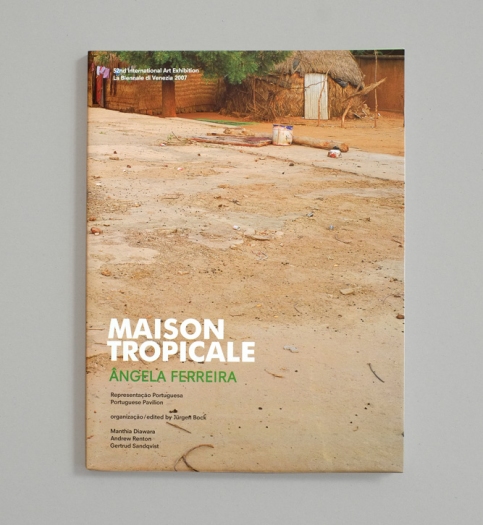